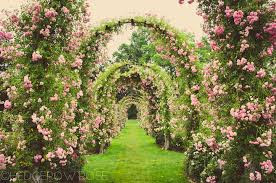 OK. Stand up those amongst us who were promised one?

And not those I care about, for sure.

Such sad news today. From my former life in Ontario: One old friend died on the weekend, he visited me here in Newfoundland a few years back. Another old friend was taken to hospital by ambulance in the last few days and she is riddled with The Lad*. She was terrified of doctors and now it's all too late, it seems. Another is in palliative/hospice care with a few days left.

I write all this down so I can look at the reality of it. My back (due to that awful fall I had) is acting up and causing me some grief and I could list a few other "what-ails-me"s for you but I won't as it all seems trivial and there's nothing more boring than a blow-by-blow of someone's health challenges.

Especially when those she cares about are in various stages of terminal illness and she's not.

But then again, we're all terminal. Savour the days, my friends. We never know when our numbers are called.

*Anyone ever heard this terminology used for cancer? We used it in Ireland back in the day. Maybe still, who knows?
Posted by Wisewebwoman at 1:53 PM