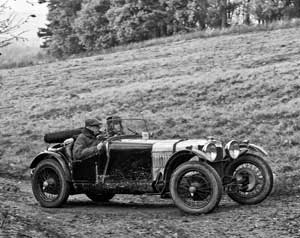 Well, that was quite a volcano on my last post. I love the debates, the differences, even the justification for Trump voting. I don't have to agree but I certainly can listen. Nothing cranks the handle more than politics and religion.

I remember being told that they were absolutely taboo topics at the dinner table and no polite family would ever broach them if they wanted to keep their guests' stomachs in operating condition.

Civil discourse is the hall mark of a well bred mind. So I was told.

We had debating teams at school. Taking opposing sides to positions. It forced us to study up on topics. I remember being on the Jewish side of a Christianity-Judaism debate - and this in a private Catholic convent school - so I had to research in the City Library and learned so much I wanted to convert on the spot. Then again I was one of those irritating teens who'd read about communism and wanted to strut down the main street with a placard demanding union rights for workers.

Nothing has changed in me anyway. I'm an enthusiast. If something fires me up I want to know all about it.

You'd never know by the sedate tone of this post that my water heater has bust, would you? I'd love to have given a long whine here but know that my handyman is taking care of it all tomorrow. Daughter popped in today unexpectedly, she was out on a drive and wanted to go for an aimless spin with me ("giving mother an airing", she calls it).

We love these aimless spins. Dropping in here and there as the mood takes. I left the millions of wet bath towels all over the kitchen and the utility room, bragged briefly how I'd managed to shut off the water to the tank all by myself, and we headed out.

I'd gone out for a solo airing yesterday and dropped in on a friend and we stuffed ourselves with scones and cream and had 4 kinds of homemade jam and drank tealeaf tea for 3-1/2 solid hours. And talked Trump and local politics and religion and feminism and books, lovely books.

Even with a squelchy house I don't lose the run of meself.

Posted by Wisewebwoman at 10:06 PM