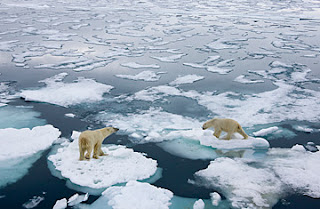 I make idiotic stuff important. Like ranting and raving about the political structures both here and abroad, that seem to hurt us rather than benefit us. From the small to the large. And I engage in pointless battles on FB about ideologies and which reporter/newspaper/magazine doesn't have a slant. Ad finitum. Fascist or non-fascist, you decide. And how can we, we all might ask?

I don't think I've ever read of a kind act Herr Drumpf has performed - that's an aside. Shouldn't our leaders be kind?

And should I care? Is it my business?

Perhaps when he starts registering Muslims/homosexuals/blacks/Mexicans/Irish/aborting women it will become more my business?

Meanwhile, I feel like pulling away from it all. The flurries from the Guardian, the old writings of Howard Zinn and Noam Chomsky and various talking heads weighing in. And why do we praise men writing letters to their daughters? (another aside, he calls his wife a "girl") Shouldn't men speak up for all women and not just their "own"? And pardon me? - model respect for women for their sons? Spare me the daughter drivel.

And the callout from the cast of Hamilton last night to the Veep Elect and the Prez Elect tweeting hysterically about it this morning.

I mean it's all too surreal for this elder-head to handle. My internal logical centre fails me. Completely.

I weep once more for my dog, when we'd play hide and seek around the house. And she'd always find me, no matter how outrageously I'd hide, standing at the top of a step ladder under a blanket in the craft room upstairs with the door nearly shut? - in 2 minutes flat.

But it's not the dog I lament, I know that.

It's everything about this strange new world, blathering its inane way to another teetering Babel of infinite voracious consumption in a tiny finite planet.

As the arctic rolls over and dies.

Despair is my new neighbour.

Posted by Wisewebwoman at 2:04 PM