I'm sometimes taken back to my own young womanhood and how I behaved around my elders. There were many elders. My mother had 3 sisters and two brothers, my father 5 sisters. I was lucky enough to have grandparents and for a while even a great-grandmother. Along with these there were great aunts and great uncles.

When I was a child the vast sea of such creatures seemed endless. Some were accorded more attention and respect from my parents than others. As a "sensitive" I was in tune with those signals. One great aunt was "tolerated" as she was "finicky" over food and a grand snob over manners and behaviours. She was my granny's youngest sibling and was "spoiled in her ways". My granny was salt of the earth and had no time for ideas above anyone's "station".

As a young woman, some had passed on but I spent a fair amount of time with all the sisters, there were 8 of them between my parents. I must dig out some photos soon and post some here. The few I could sit down with for any length of time had a joie de vivre, and had interests outside of hearth and home. I loved the history lessons and also loved how interested they were in me. What was I doing "outside" of myself. I would ask them questions about crafts and who they wrote to, and what they read, and who they played bridge or scrabble with. I felt hugely privileged if they asked me to come down and play cards or board games with their friends. It was a mighty "occasion" for me to sip the tea and sample the pastries and be included in the scrabble game and just listen to the rhythm of their chat as they covered so many topics: political, religious, business, arts and culture. People who were sometimes 50 years older than I was then. The big test of such occasions, my mother would say, is to see if you're asked back. The implication being if I wasn't it would be due to some unforgivable lapse of manners on my part. I'm glad to say I passed the test.

Which brings me to today. When I'm around the youngsters, and much as I want to, I avoid health broadcasts, my mobility limitations, the aches and pains of an elder, the medication competition. Is there anything more boring in life? 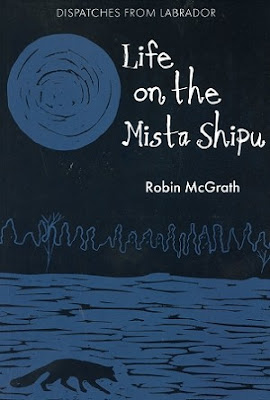 I was at a book launch yesterday by an older woman. She read excerpts from her work which were all fascinating, dealing with her life living amongst the Inuits and gaining the trust of the community.

I was totally thrilled to see a woman there I had lost touch with. She had assisted me in forming an elder racing moving group we had formed a few years back called The Honourable Stragglers. It turns out she was the sister of the author. I had to grin when she asked me if I was still racing and I said no, health challenges. And she grinned and said me too, don't we all, and we made a lunch date to get caught up on all our doings. She is certainly a mover and shaker so I am looking forward to it.

And it struck me that maybe my relevance is to my peer group. Maybe real freedom in old age is being myself with others of my generation as long as we are still doing "outside" of ourselves and to keep collecting them as the treasures they are, adding new as others move on.

Posted by Wisewebwoman at 6:09 PM