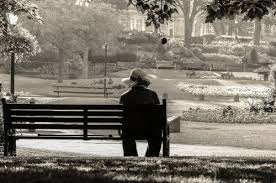 We all think we’re special. We all want to believe we matter and when that’s all pulled away either in our minds or by the actions, imagined or real, of another, something breaks inside of us.

And we can’t process the aftermath, the self-doubt and yes, the grief that ensues.

Tears are more frequent as we age, magnified, unplanned, spontaneous. Often with an underlay of fear and an overlay of unremitting anxiety, with pinches of despair and a dash of self-pity thrown in.

Old mantras intrude, old judgments, old tropes, old cliché-ridden nuggets of wisdom which might have applied to the younger, more optimistic self. But now are as ancient and cobweb-ridden as the receptor herself, exhausted and worn down in equal measure, well past the best by date.

Some days the old fire gets re-lit but with less fuel, far less tinder and much dampness in the logs. The flames can burn less brightly, but they do burn.

And the darkness recedes for a spell and the shadows tiptoe off to the corners of the room until the dawn.

Question: What do you fear most in old age?

Posted by Wisewebwoman at 6:13 PM