My Rules of Life---Part Three 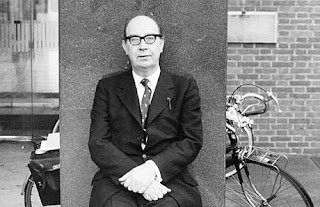 DO NOT BLAME MY PARENTS

I used to. With my handy hatchet in hand, I'd scream to the skies I wasn't loved enough, was abused, wasn't encouraged, was laughed at for my aspirations. Wasn't good enough, was too tall, didn't look like them, was a bad example to the younger sibs. And on and on and on and on. I even bored myself with it all. Until it dawned. The only dysfunction around was the face staring back from the mirror. I could remain a perennial victim or I would take full responsibility for my life.

And that was a process in itself, a long process, still ongoing. And now and again a cloud of blame settles over me and the finger starts to point outward and I am reminded that when that index finger points out, lo and behold, there are three fingers pointing back at me.

And I read, and re-read, this powerful poem by Philip Larkin, I am a major fan of his work.

This be the Verse

They fuck you up, your mum and dad.
They may not mean to, but they do.
They fill you with the faults they had
And add some extra, just for you.

But they were fucked up in their turn
By fools in old-style hats and coats,
Who half the time were soppy-stern
And half at one another’s throats.

Man hands on misery to man.
It deepens like a coastal shelf.
Get out as early as you can,
And don’t have any kids yourself.

Posted by Wisewebwoman at 10:34 PM