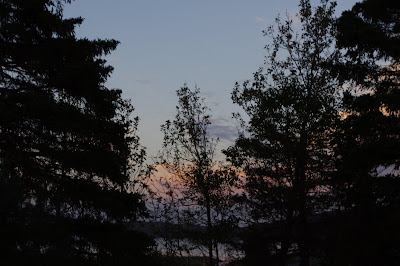 I try and avoid rigidity, I've observed older people who fall into the trap of sticking to an agenda of their own choosing and not veering off that path come hell or high water.

This was reinforced by The Da.

A life of discipline and ritual, he would intone, makes for a happy life.

He would have had a lot of problems with my day today.

I had plans. Nothing engraved on the proverbial stone. I was going to head her on out, it being a gorgous day 'n all around 2-ish AFTER I had prepared my evening meal in the crock pot (slow cooker). This involved chopping and peeling and browning and spicing and firing in a can of tomato paste as per the recipes of my dear dead mother-in-law. She passed this major secret of her marvellous dinners on to me when I gave her her first grandchild.

She would stock up in the only place that carried tomato paste in those long departed days - Woodford Bourne in Cork City. Anyone else out there remember them, around for centuries with the exotic smells of the spices and teas and coffees that absolutely no one that I hung out with could afford?

Anyways, where was I? I had just about started on the slow dinner, next was jump in the shower and next was load dog and camera into the car and go to the beach for a brisk walk along by the powerful waves over at St. Vincent's and maybe drop in to friends along the way to scrounge a cuppa and then head on back here for dinner, all cooked and waiting like I had a personal chef or my mother working quietly behind the scenes of my life.

And we sort out the world. And we discuss the books we share reading. And the grandgirl's being 16 today. And recipes. And life. And love. And travel.

And made plans for her to fly here early December and then drive back with me to Toronto where I will stay for a month to 6 weeks. This should be interesting as fate has thwarted our plans more than once. See here and here.

You know how it is. Day suddenly becomes a breathtaking sunset, and I took a picture of it facing east. Still unwashed in my PJs and surfacing outside, for the first time today, on my front deck. And my dinner will now be at midnight.

And who cares? A five hour conversation with a beloved child is worth more than gold.

You were wrong, Da. Again.
Posted by Wisewebwoman at 7:02 PM