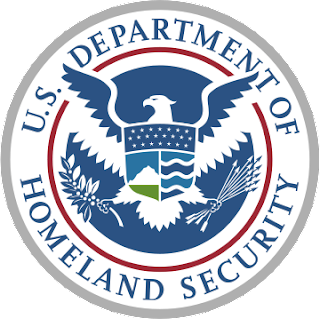 Yeah, that was me. In the Homeland Security Office at Newark International Airport. With frightening shave-headed men in blackshirt uniforms with intimidating Homeland crests on their barrel chests, using their fingers to tap on passports and saying “YOU” and never a name. NO CAMERAS! NO CELLPHONE! NO PHOTOS! Are on every pillar, every wall. I didn't see one welcome sign.

For the first time in my life I had my fingerprints taken, twice, along with a photo, twice. No explanation at all. As I sat and waited and waited in this dark and dismal place with a few other huddled masses. I finally and totally got what my clients and friends of colour go through when they cross the US border. In solidarity with them I had been avoiding going through the US for years but had no choice if I was to make Ireland from St. John's in 17 hours rather than 27. I was simply using Newark as a minor layover transition between St. John's and Dublin. No intention at all of escaping the restraints of the airport and terrorizing New York State singlehandedly. I don't even carry illegal hooch or wacky bacci.

Was I scared? Yes, I was terrified. My blood sugar plummeted and I felt close to fainting. And I was told I was “lucky” I wasn't shipped out of there and back to wherever I came from (If I were saucy I could have asked, Cork? St. John's? Toronto?In Utero?).

I had the unmitigated gall to be a dual citizen of both Ireland and Canada.

I have many USian friends and as I write this to post later I shiver internally for what their country has become. I thought of Nazi Germany, I thought of people of colour, I speculated on what came up on the terminals in front of the three men who individually and together reviewed my papers in turn and which caused them to frown and glare sideways at me and shake their heads. Intimidation. It worked.

I remember a kinder and gentler America, we would cross and recross the border incessantly. New York, Washington, South Carolina, Pennsylvania, etc. We would be welcomed with smiles.

The only smiles I get here as I wait at the airport are from the security guards and barristas. All official personnel wear suspicion along with their uniforms.

It is a foreign land, this new America. Paranoid and fearful, for it's surely being destroyed from within. By the corporatocracy.

For doesn't a Halliburton or similar own the new Blackshirt Brigade?

The terrorists have won.
Posted by Wisewebwoman at 1:39 PM