Truth is Stranger than Fiction Department 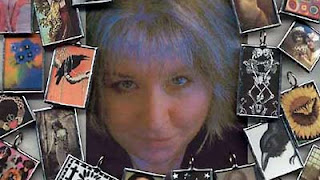 I first wrote about an extraordinary internet scam way back in April of 2008 in which a woman was hoaxed into having an internet romance with a fictitious guy (actually a woman) who subsequently 'died'. The scam was perpetrated for the sheer excitement of it all and not driven by sex or money. Some of my commenters refused to believe it. I did -as Harlan Ellison, the well known author, validated what had happened.

Well now it appears that the scammer, a woman by the name of Janna St. James (who adopted up to 20 personalities to sustain her scams) is being sued by her victim, Paula Bonhomme.

Read all about it here
Posted by Wisewebwoman at 11:57 PM