A Death in the Outport. 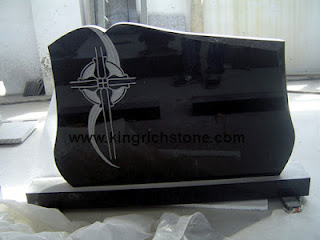 You asked about Carrie's husband Jack? Well, it was awful. The kids came home from school and there he was in the bedroom, bloody bits stuck to everything, walls, ceiling, floor, bed. He blew his brains out. Thirty-seven years old. A gambler and a drunkard.

Carrie's husband Jack? You saw the grave? We had a card party and raised nearly $6,000 dollars, paid for all that black marble and the photos. Expensive. But it helped the widow. Only thirty five and three children to raise. But all the money went on the grave.

Jack, Carrie's husband? Yes, eight years ago now. Not much of a loss. He kept getting fired even from jobs that never fire you. Know what I mean? Drunk by breakfast every day.

Poor Carrie, trying to hold it all together working at the fish-plant when the kids were small while Jack spent every bit of it on booze and VLTs. Awful life.

Jack was tortured, poor fellow. What with Carrie carrying on with his brother Vinnie for the six months before Jack finally took his own life.

We still can't get over it. There was Jack, a ball of blood in the bedroom and all the neighbours had come into the house when they heard and there they were sitting in the kitchen as if it was some kind of party with all the bottles laid out like soldiers on the table. So the ambulance comes and they have to wait for the cops, can't touch anything as he is so dead that his face was gone off him. And the party got louder and louder. No respect. And then the cops when they got there sent everyone home.

The hard thing was, is that Carrie's story kept changing. From one day to the next. First she was with him in the kitchen when he went off to the bedroom with the gun. Next day that was changed to she was next door and heard the gunshot. And the following week she said she's been off over to her mother's at the other side of the bay when he did it. The cops said it was shock, but, who knows?

What I meant was, I think she put him up to it. No, no I can't see her shooting him in the face and they have tests for that kind of thing, right? But she made him. As God is my judge.

I remember seeing Carrie at the grave, her red hair flowing down her back, and looking like a movie star with her aunt's black hat on top of it. And I saw a bit of a smile on her. A small one, you'd hardly notice. And I thought to myself, she's enjoying this. She's enjoying the attention.

After all, how much attention does anyone get out here unless you create it for yourself?