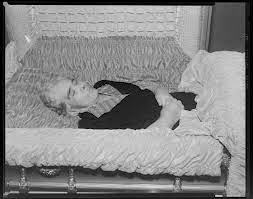 So I was a wee bit sad, a lovely old lady died a week after celebrating her 90th birthday. A blast of a party in the local golf club was that event, band, food, hundreds of guests, full page announcement in the newspaper.

Dying at 90 has an air of jollity about it. Imagine living that long, dying in your own home, a widow for yonks, raising 4 boys just about alone (often slaving over long steel tables gutting fish in a fishplant, feet sloshing around salt water floors) and they're all lawyers and judges. Important fellahs. Job well done, missus.

So I write up my card and fire off my donation to my favourite local charity. I don't believe in BigCorpoCharity. Not one bit. Even if you tell me on the obit to donate to Cancer/Kidney Foundation/MS/Diabetes. I disobey. I will not line the pockets of those CEOs and those marketing fool-tools.

But I digress, for this is a story about how I adjust reality to suit me. Fatal flaw or comic genius? You tell me after you read onwards.

I get to the wake. We have a grandish wake room as an offshoot to the church. It would pass the litmus test of non-sectarian space if it weren't for the Holy Marys crowding the walls and the statue of Saint Joseph doing a bit of carpentry.

So I drop off the card in the little carousel set on a table for this purpsoe and face the corpse. And I think, Mein Gott, she has changed substantially in the week I last saw her. Shrunken, cheeks fallen in, a tinge of yellow on her. Death can wring your neck.

And I sit down next to some friends. And share this. And they tell me she's now 68 lbs, an awful change. And my brain fires off and I think, she must have lost 40lbs in a week, they must have syphoned it out of her and why for gawd's sake?

Marguerite was my next door neighbour for about 10 years until she moved, offers Thomas.

I shake my head and say: I never knew she had another name, I always called her Anne.

Oh, really? says Ruth, baffled, maybe when she moved to your outport she went to her middle name?

Have you met all the family? says Don.

Yeah, I know all four boys, I say, preening slightly. Anne/Marguerite had made a point of introducing me to her 4 sons when they were in town, they are scattered across the country in the judicial systems of various provinces. All good-looking runners too.

I can be slow but when I can shove my own reality out of the way in exchange for someone else's I show surprising quick-wittedness.

That is Anne Bishop in the casket? I say, very softly in case anyone's eavesdropping.

Ah no, no. That's Marguerite Ryan, says Thomas, looking at me funny, Anne Bishop's in the church next door.

I reflect: Life was more understandable when I was drinking. Now I have to get up, fish the card off the carousel if I can find it amongst the 100 already there and then, red-faced, walk down this aisle and into the church.

And these poor innocent people, gawd help them, voted me into public office.
Posted by Wisewebwoman at 1:40 PM