Breeding, Burping, Belching and Barfing our way to 'Blivion 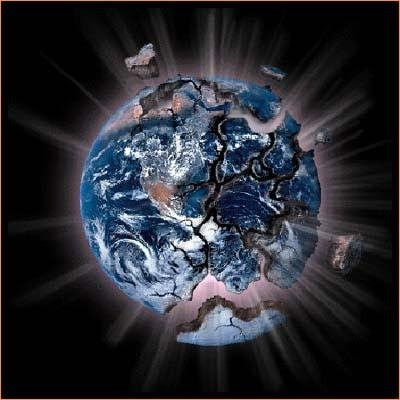 I was responding to a brilliant post by R.J. Adams over at Sparrowchat on the fix we've all gotten ourselves into on this wondrous planet of ours when it hit me: the wealth of information on our current crisis that is at anyone's finger tips if they'd care to look for it. And not what MSM are telling us either.

But of course, I'm even more firmly convinced that most people (I'd say something like 95%) would rather go around fast asleep, they don't really want to know anything about our current conditions.

An ex of mine called today. Validating for me yet again why we are no longer together in marital bliss. He's a good man, but he really is snoring. He was ranting about the refusal of his city council to put in yet another Walmart type sprawl-store. Loss of jobs, he bleats, loss of tax revenue to the city, loss of farm acreage improvement. Council should just wake the f*** up. How does one argue with this, if argue one must considering all past arguments and arguments yet to come. Peace out, I decide, much like my mother did when it came to my father. Pearls to swine or something like that if I threw even the basic data at him.

Which gets me to some serious news on CBC radio the other night. Peak oil. This expert talking that we should have been preparing 20 years ago. But we haven't. And there is a massive looming crisis in oil shortage, like now this year, no oil for the pernicious automobile not to mention freight to get us our food or fertilizer for our crops. And no: technology is snoring behind the 8 ball. There is no technology. It will be sudden, massive and catastrophic. And we are twenty years behind.

And did you hear about the banks refusing to finance the farmers for seeds this spring? Connect the dots on that one.

And to quote Leonard Cohen: "I've seen the future, baby, it is murder" - read about the employment rate of 41% in Mendota, California, to get a glimpse of what this will look like for the rest of us waiting in the wings.

Meanwhile, here in North America, conditions for the 'bailouts' (Oh LOL on that one!) are now being set for the automakers to come up with some firm strategies. Kicking the dead dog over and over again. Dems Wot Rules Us have no answer and much like Kevin Rudd did when Oz went on fire, will tell us, at some point in 2009:

You're on your own!

'Blivion.
Posted by Wisewebwoman at 4:04 PM