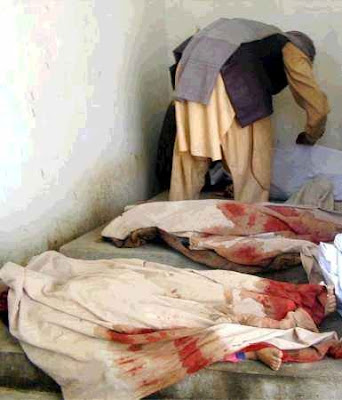 A country in economic freefall with wars invasions on one too many fronts is doomed for failure.

I can think of no instance in history where a nation has triumphed given all these strikes against it. We only need look at the Roman and British Empires for starters.

The military presence in Iraq, apart from the millions of 'collaterally damaged' innocent Iraqi civilians murdered and displaced has resulted in an incomprehensible number of injured, depressed and suicidal U.S. military veterans, many of whom roam the U.S. streets on their return. it will only be a matter of time before some go on a murderous rampage in the absence of funds to deal with their PTSDs.

Bob Herbert, whom I've long admired, in today's New York Times, writes of the two disastrous campaigns on these two beleagured countries. He says, in part, about Afghanistan:

We invaded Afghanistan more than seven years ago. We have not broken the back of Al Qaeda or the Taliban. We have not captured or killed Osama bin Laden. We don’t even have an escalation strategy, much less an exit strategy. An honest assessment of the situation, taking into account the woefully corrupt and ineffective Afghan government led by the hapless Hamid Karzai, would lead inexorably to such terms as fiasco and quagmire. Instead of cutting our losses, we appear to be doubling down.

Isn't it time someone, anyone, in the policical scene in Washington studied history?For was there never a more pressing time than now when we appear to be doomed to repeat it endlessly?

And maybe they'd, eureka!, discover that no invading army has ever, ever won in Afghanistan.
Posted by Wisewebwoman at 5:16 PM