The Theft of Innocence 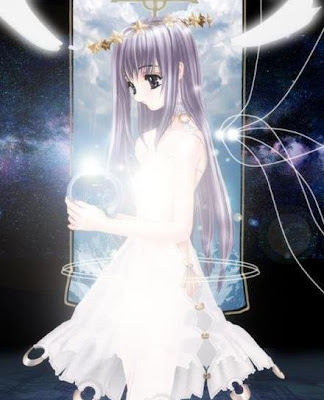 I’ve never seen this written about on a personal blog. I mean I’ve talked about it with friends, in recovery groups, in therapy and in discussions, but never have thrown it out there in an article or blog.

So here goes (and warning: there are possible triggers here for anyone who was sexually abused).

I was about 6 years old when my innocence was taken. There was this old fellow in a hut, a watchman, halfway down our newly built street, some of the houses weren’t yet finished and he’d watch the job sites after the workers left. He’d light a big fire in a brazier in front of the small wooden hut and he’d put me on his lap and touch my knickers and pay me a shilling not to tell anyone. I never did.

I was around nine when my innocence was taken again. Not in a brutal way. I wasn’t physically hurt. I was out walking with my little brother in his stroller, push-chairs we called them then, feeling very grown up as my mother had allowed me out beyond our gate and down the road with the baby for the first time, and this fellow, looking back he was under forty, jumped out at me from a hedge and exposed himself and asked me to touch him. He asked repeatedly working up to a threat that he would hurt me if I didn’t oblige him. I was rooted to the spot for what seemed like five minutes, but it was probably only a few seconds. I raced home and told my mother who told me to hush up and not to talk dirty.

I was thirteen when I was out fishing with a good friend of my father’s. I used to love fishing for pollock and really liked Patrick, my father’s farmer friend. We used to help him with threshing and churning the butter and working the separator and salting the fish.

I was shocked and very upset when he put a hand on my breast and squeezed it so hard it hurt. He told me if I didn’t stop crying he would do something worse. I was still shaking badly when I told my father later that evening. My father told me I was a liar, Patrick was a good man and me and my stories were not to be believed and I should tell the priest in confession what a rotten girl I was.

I was nineteen when the young local doctor of the small Italian town I was staying in took me out for dinner in San Marino and tried to rape me, my screaming and begging finally stopped his attempts and he didn’t speak to me again on the long ride home in his car. By that time I’d learned to keep my mouth shut and not tell anyone of sexual assault, of any kind.

It was all in my head, you see. I couldn’t be trusted. And I’m only writing a few of the bare bones here, there were more incidents but you catch my drift.

One time, I took an informal survey amongst the women I knew. And every single last one of them had been sexually interfered with before the age of consent. Some far, far worse than others. And there are degrees, I suppose. Some were abused by their fathers, or uncles or brothers or cousins. And their mothers told them to shut up. Some got pregnant. Some became infertile. All were traumatized.

One never gets over this. It affected my self-esteem, my relationships, my sexuality. It ruined my trust for a long, long time.

I still view the patriarchy and its acolyte, religion, with disrespect, distrust and disdain. It does not protect innocence. It does not cherish children. And it particularly despises females.

And I’m putting all this out there. Because I know I’m not alone.
Posted by Wisewebwoman at 6:27 PM