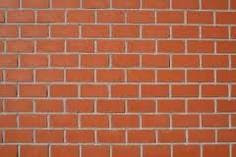 I'm one of those people. I never run out of stuff to talk about or to write about or to read about. The inside of my skull has been a very busy place since I was toddling around. I can never remember a time I've been bored. I would look forward to being banished to my room when I was growing up. Delighted in fact. Books, writing, drawing, gazing out the window at the neighbours, watching the birds or the neighbourhood kids or what the missus next door was doing to her clothesline or her roses. Without interruption or correction.

And here I am stuck for a column for the newspaper that is due in a day. I'm at the point where I'm refusing to think about it; as the brick wall, which began building itself a day or so ago, is rising brick by brick the more I ponder this dilemma. I can even visualize this wall. Red bricks, white mortar. Very plain. I'd prefer if it was a dry stone wall of the Irish countryside, but I gather one can't be choosy in such matters. So it's very Canadian - red clay bricks and pristine white mortar and I'd love a bit of ivy planted at the base to give it a bit of interest but that's not allowed either. Even some nice cast iron railings at the top. But no. Just this symmetrical red brick monstrosity getting bigger and bigger and more boring each time my brain jumps to the column.

So, I share it. In the hope the muse strikes soon. It always does.
Posted by Wisewebwoman at 11:46 PM