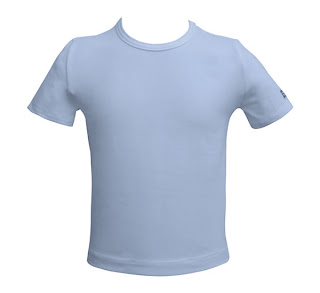 He would take the time and effort, ever after, to carry pockets full of loonies and quarters and give them to any street person who asked, always with compassion and an ear if one of the unfortunates wanted to talk. .

One thing I always noticed about Burt was how clean he always smelled and how he had an endless supply of pale blue t-shirts that matched his eyes. His favourite mode of dressing was in jeans, with a checked shirt over one of the t-shirts. He told me he showered twice a day. And he had 24 of those blue t-shirts. He managed a shipping company when I met him. He started off loading the docks and within a couple of years was promoted through the ranks.


I'll tell you how Burt saved my life. We became good friends in spite of the fact that he had never befriended a woman before and he told me this at the start. But over the years it just happened. We would look out for each other. I prepared his tax returns and arranged for his pension payments and gave him a freezer I didn't need and we would cook for each other. And then tramp the country together and fish. Two people more distinctly at odds both in background and education and interests you would be hard pressed to meet. He taught me how to live in the bush on the berries and fungi and even edible tree bark. He would shove envelopes with cards and a $5 bill into my mail box with always the same notation on the card: “Somebody loves ya!”

One night I was feeling sick. A bad flu bug. Burt had called me and was concerned. He said if I wasn't well the following day he would take me to the doctor. I told him he was making a big deal out of a flu bug. The following morning after a sleepless night I was feeling worse. He showed up at my door leaving me no choice but to go to the doctor. Who could find nothing wrong. See? I said to him I told you so, now let me go home and go to bed.

Burt kept insisting there was something seriously wrong with me so the doctor sent me off for X rays. Still nothing wrong. Burt insisted again so she sent us to the emergency department of the local hospital where they ran blood tests and my white blood cell count was through the roof. I don't remember much about all of this except lying on a gurney and Burt telling me they were going to operate immediately, my doctor was on her way over to assist the surgeon as my appendix had ruptured and I had advanced peritonitis. I don't know how long the surgery lasted. My family were at the hospital when I awoke, along with Burt who told me I had technically died a few times throughout the long night. His old Indian tracker instincts had been bang on the money.

Over the lengthy recovery process Burt was there first thing in the morning when he would leave after an hour or so and reappear again last thing at night. I've never forgotten it. I had a really terrifying experience in a hospital as a small child and Burt wiped that particular slate clean. I've never felt that purity of love and caring before or since – either given or received. A safety and a certainty of feeling that were unshakeable. Not that we didn't have our differences, we did. And they were many. But they were never insurmountable and the thread of our love for each other was woven into the very fabric of our friendship.

Burt's end was quick. He had a 24 hour form of leukaemia closely related to pneumonia. If he'd chosen his death, that would have been it. Fast and painless. I had never heard of such a disease until his doctor enlightened me. Apparently one of the more famous people who died of it was Jim Henson of Muppet fame.

I was able to be there for Burt's end as he was there for my second life. I was shocked at the number of people who overflowed the church for his funeral, he had touched many lives. I finally met his siblings. His mother had died the year before, a few weeks after his last fishing expedition with her. Fishing set Burt's life to rights. Fishing with his brothers, his mother, with me. It was something he and his father had done, you see, and he said he always felt his father beside him when he fished, coaching him on casting, on tying the flies, on gutting the catch.

I put his fishing rod in the casket beside him. So he'd be ready.

Edgar Benoit, still alive in a care home back in New Brunswick, sent a cheque to cover the costs of the funeral.

Some people leave footprints on your spirit that never leave. I think of him often, think of how he would have loved where I live now with the fishing all around and the simplicity of existence.

Somebody loves ya!
Posted by Wisewebwoman at 9:43 AM