It Could be Nothing, Then Again...? 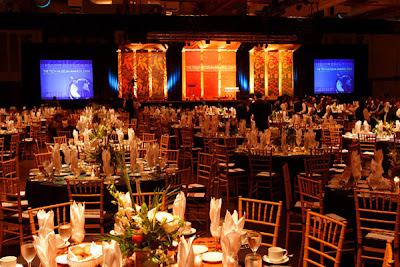 I thought I was quite beyond frissons of literary excitement until I was suddenly confronted with an invitation to a gala at a gorgeous centre in St. John's.

Thoughts gallop around like a so many wild horses inside my head.

Sure isn't every citizen of Newfoundland and Labrador invited?

But they wouldn't all fit.

Why do they want me to RSVP then if everyone is invited?

Am I on the shortlist for a prize?

Don't be stupid. It's only the young ones getting the prizes these days.

Your genre has no appeal except to the auld wans, right?

It's all graphic this and graphic that these days.

Maybe it's just everyone who entered.

You're just being silly.

It's a courtesy thing - they've published you, don't forget.

Maybe it's because of the play?

Would all black look good on me?

Will I look odd if I'm not in the commonly accepted mating pattern at such events?

Would you stop making such a big deal out of this?

Sometimes I bore myself stupid.
Posted by Wisewebwoman at 5:36 PM