The World is on Loan From our Grandchildren? 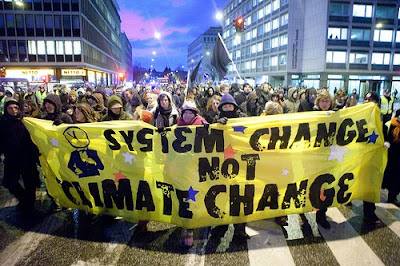 Whatever happened to that wise old saying? If we carried this truism like the sacred trust that it is, deep in our consciences and the minds of those we elect to safeguard us, would we have this current dilemma:

Man's catastrophic damage to the environment and disparities between rich and poor head the daunting challenges facing the Rio Summit in June, experts said on Monday.

The summit must sweep away a system that lets reckless growth destroy the planet's health yet fails to help billions in need, they said.

"This century is special in the Earth's history. It is the first when one species -- ours -- has the planet's future in its hands," said Martin Rees of the Royal Society, Britain's academy of sciences.

"We've invented a new geological era: the Anthropocene," he said referring to an epoch shaped by Man, not nature. [...]

"Under a worst-case scenario, it's very likely, I think, that the Earth's system will move to a new state of some sort, with a very severe challenge to contemporary civilisation," said Steffen. "Some people have even talked about a collapse." [...]

The UN's goal of limiting global warming to two degrees Celsius (3.6 degrees Fahrenheit) is already out of reach, said Bob Watson, former head of the UN's climate panel and chief advisor to Britain's environment ministry, as he presented the laureates' study.

"That is clearly a world with significant adverse consequences for ecological systems, for socio-economic systems and for human health."

He added: "We have to realise that we are looking at a loss of biodiversity that is unprecedented in the last 65 million years... We are clearly entering the (planet's) sixth mass extinction."

Where is the Invisible Cosmic Housekeeper when you need her?
Posted by Wisewebwoman at 10:57 AM