Essentially the aim is to encourage us to write. Each week we are given a choice of prompts: which can be words, phrases, music or an image. What we do with those prompts is up to us: a short story, prose, a song, a poem, or treating them with ignore... We can use some or all of the prompts.

Some of us put our creation in comments on the post, and others post on their own blog. I would really like it if as many people as possible joined into this fun meme, which includes cheering on the other participants. If you are posting on your own blog - let me know so that I, and other participants, can come along and applaud.

The prompts are here this month. Huge thanks to everyone who joins in the fun and/or comments.

This week's prompts are 2 lists of 4 words each:

You can use some or all of them.

Thanks and good luck and above all have fun! 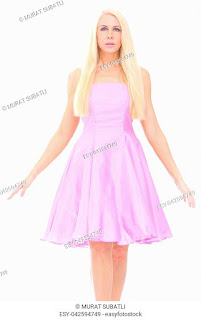 She hated it but Mother still demanded she dress in the old lady colour of lilac and purple and mauve. Fighting with Mother was distressing as she invariably cried. So she put up with wearing these awful colours. The doctor (and how lovely was he?) had said not to challenge her, just to roll with her desires, the dementia would soon take a further toll.

Twice a week she'd leave the horses after their morning gallop in the paddock, drain the full espresso pot of coffee in the kitchen to fortify herself for the long journey to Mossville where mother resided in her lilac room at the expensive Sunset Lodge. The home for those with dementia was luxurious. Mother was fixated on the colour and had been for some years. In the early days she sometimes forgot to wear it in her rush to make the long trek from the country and then Mother would refuse to see her or cry incessantly. With her Mont Blanc fountain pen she left a note for Paddy the horse trainer as she normally did when she left on errands and then took her cane from the hallstand as the dampness in the air was boring into her arthritic knee and climbed into her car, her mauve silk dress cool on her body.

She drove over the rustic bridge by the road, glancing at herself in the rear view mirror. H'm, not a great shade of blonde there, girlie, she told herself, the peroxide treatment was a little too harsh yesterday. She'd have to speak firmly to Maxine at the salon at her next weekly root touch-up. She sincerely hoped Doctor Cameron thought her hair was naturally blonde and wouldn't look too closely at it today.