Essentially the aim is to encourage us to write. Each week we are given a choice of prompts: which can be words, phrases, music or an image. What we do with those prompts is up to us: a short story, prose, a song, a poem, what have you. We can use some or all of the prompts.

Some of us put our creations in comments on the post, and others post on their own blog - please provide the link to your blog in the comments. I would really like it if as many people as possible joined in this fun meme, which includes cheering on the other participants. If you are posting on your own blog - let me know so that I, and other participants, can come along and applaud.

Huge thanks to everyone who joins in the fun and/or comments.

I've stuck to the picture and eight words prompt format. I used a word generator for the second list and I think the results are pretty challenging, but have at it. It should be fun!! 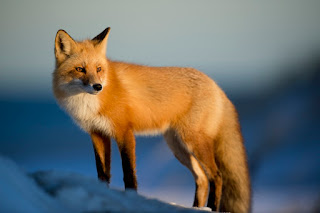 He had his life packed into one over-sized duffel-bag. It had taken him a week of brooding. Stella had been insane with rage, her eyes blazing, her mouth spewing language he hadn’t heard since his stint in the marines. She demanded he leave. She shouted his PTSD was his problem and not hers and he needed help, why wasn’t he getting help? She couldn’t live with him anymore. She had packed his bags and tossed them onto the driveway.

He knew if he opened his mouth she would be in danger as he could feel the burning in his fists. He loved her. He would not hurt her. He turned and left, picking up his belongings from the driveway, throwing them in the jeep, screeching off, pounding his angry fists off the wheel.

He checked into a Super 8 after 100 miles of savage driving and phoned his employer and said he needed time off as he wasn’t well and he hung up before Jim could respond. He lay on the bed for a prepaid week, getting up to use the bathroom and eating rubbish purchased in two bags from the 7-11 next door following his arrival.

On day seven, he remembered Scott, his buddy from Afghanistan. Scott and his cabin up in the mountain. They would play Scrabble every chance they got in the safety of their tent in the desert. He smiled for the first time in what seemed liked years. He needed to lasso the remnants of his former life. Scott had extended an open invitation last month when he called from a payphone in his local village up in the Appalachians.

“The wonder of my mountain,” he said, “Is all yours, buddy. Come and be still. But leave the gadgets and devices. You need to spend time with my pet fox, Maggie.”