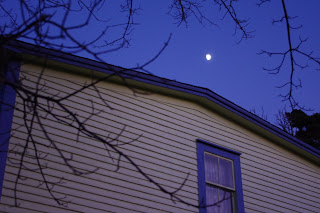 Now and again, in an obituary here, everyone predeceasing and post-deceasing (eventually one would assume?) the dead person is listed both by name and relationship. Then the oddest thing: “several great-children” will be added. Or in some cases “several grandchildren'. Why, did no one bother to count them? Or was the seed so profligate it was impossible to track?

St. John's, oldest city in North America, must have the most efficient and speediest snow ploughing of its streets I've ever witnessed, but guess what? Its sidewalks have to be seen to be believed. The snow is piled high against them so you can't cross the street (even at pedestrian crossings) and in winter one has to walk in the midst of traffic as the sidewalks are impassable. There are many bad accidents as a result of cars hitting unfortunate pedestrians who have no choice in getting anywhere but to risk life and limb or stay home-locked for the entire winter. I have never witnessed such utter disregard for ordinary walking citizens whilst the vehicular culture is elevated to the level of a sacrament.

Can anyone figure out why DST (Daylight Savings Time) still exists? Days are getting so short here and by the time we get to Solstice (December 21st,) our sun sets at 3.30 p.m. just when we need the health benefits (Vitamin D amongst others) the most. Kids don't get to play outdoors after school (do they do that anymore?) as it's dark. Anyone?
Posted by Wisewebwoman at 1:11 PM