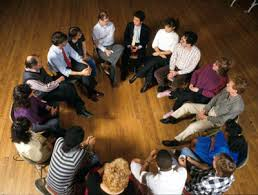 I've had more than my fair share of these lately. CBs - my code name for Crashing Bores.

While I start out with a great deal of sympathy for them, as the time elongates and elongates my nerves start to jangle, I have to come up with more and more questions to keep the conversation flowing. And the CB answers run into a full length novel ("I opened the door of the car, but had to go back in the house for my purse and then the phone went and I was late for my doctor who took another patient which upset me as I was meeting Elsie at Tim Horton's which didn't have my morning glory muffin, good for my bowels"....you know the drill) or conversely a monosyllable. I don't know which is worse.

I've been afflicted with several in the last few weeks. I think what bothers me most is their complete and utter lack of self-awareness. Not even a smidgin. Followed quickly by their astonishing lack of curiosity as to the world around them and specifically to the people who inquire after their health or their opinions or their wellbeing.

I had an unexpected CB last night. An acquaintance from yonks ago. We didn't hang out then but she has chased me over the years on email.

I live in a small village. She remembered the name of the village and inquired in our small store and he was kind enough to lead her to my house. At 8.00pm when it was raining and getting dark.

And she stayed and stayed and regaled me of how she was in the business of helping people as she was like Mother Theresa that way, her role model, always thinking of others and how she could help them and she thought she might set up a kind of monastery in Newfoundland for all those people needing help, I would be amazed at the number of people she has helped with her wisdom, a gift from JC high above, only very few got this gift so she was thankful every day she was so gifted, she knew how rare it was and most people, probably me too, didn't understand or appreciate all she had to offer us unfortunates, she could lay on hands if I wanted her to - no? - I didn't know what I was missing as she had this gift...........

For a few hours I endured this. I had to lie to get rid of her, not a nice lie either, a sleazy kind of lie about my "friend" sleeping over, nudge-nudge, wink-wink.

And after she left, I thought: Crashing Bores Anonymous. Where CBs would work there way through a socialization structure, starting with forcing themselves to ask just one question of an acquaintance or family member a week (they could practise with each other) building up to a full conversational interaction after a year or two. Or more.

But then I thought: But these unfortunates never, ever have the self-awareness to recognize their problem. Even when their targets fall asleep in front of them.

It's all rather hopeless really isn't it?

Posted by Wisewebwoman at 11:38 AM