Tax on the Poor 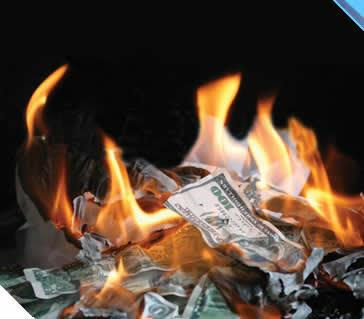 I've no idea about other countries, but here in Canada this whole lottery business is completely out of control, both provincially and federally.

I am astonished that people buy these tickets and call it "fun". You might as well flush your hard-earned dollars down the toilet. I've seen friends throw a couple of fifties across the counter and get into a frenzy as they open the instant wins and carefully stow the "draw later" tickets away. I see them whoop to heaven when they win $50 and roll their eyes when I tell them they've spent $20/week for the last ten years to attain this huge prize. $5,200 to win $50! My logical mind makes me a huge spoilsport, right?

What would you do with all those millions if you won? I ask them curiously.

They would scatter it about on stuff for themselves, stuff for their kids. It's all about the stuff, you see.

There have been many protests here about these government run cash cows. No one can get a fix on the enormous profits they engender and on where it is spent. And of course powerful lobbies from the private sector are loud in their promotions of this type of "harmless" fun.

It is gambling of course, but no one wants to call it that. Gambling with odds that would not be allowed in Vegas or in our Native run casinos.

Gambling that targets the poorest of us with the big ads and ecstatic winners on TV. It is so easy to win and get that house and the 60" screen and the 100' swimming pool.

But the reality is far, far different for if you do win the odds are you're going to lose it all anyway as these did.

And the greatest sales of lottery ticket co-incide with the monthly welfare and pension cheque cashing.

The government distributes as winnings 48% of the total sales of these tickets and the other 52%? "Administration,"that handy catch-all and oh, erm, hospitals and, let's see, sports programmes.

And no one has won the following jackpot so it will be up to $95 million next week. Which means, oh, $1,340,000,000 kept by the government for administration, maybe as a downpayment on the billion dollar G20 summit. Notice how in these kinds of reports they invariably tell you about winners? CBC, the reporting agency, is government-run and could be a beneficiary of all this lottery largesse.

The $50 million Lotto Max jackpot is still up for grabs after no winning ticket was drawn Friday night for the grand prize.

However 15 Maxmillion prizes of $1 million each were won by ticket buyers in British Columbia, the Prairies, Ontario, Quebec and Atlantic Canada.

With no big winner for a second straight week, the June 18 draw will offer prizes worth a record $95 million, including the $50 million jackpot and 45 prizes of $1 million.

The number of Maxmillions will include those not won in the June 11 draw in addition to those generated from new sales for next Friday's draw.