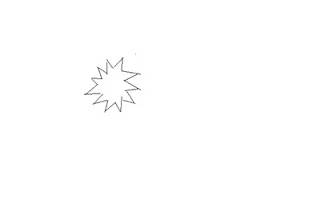 Thanks to all of you who commented on my story. Writers are working in a void unless they have feedback. This was one of the stories my editor, no longer my editor, wanted to chop, change and strip. My workshop colleagues disagreed with her and judging from the kind feedback here, you all are in agreement with the workshop so the case is closed and I will move on and find another publisher. And yes, I will put more stories up from time to time.

I entertained the delightful Conor and his equally delightful partner to a loooong lunch here (a long lunch is 5 hours, ne'st pas?) in my paradise-on-the-bay on Tuesday, where we covered many topics and solved all world issues and wondered why we were not in charge of planet earth. Blogmeets are amazing. I am hooked. People who would never normally meet get to do so through their writing on the interwebz. At my age, I can take the two steps back from that and just shake my head in awe.

For many, many years I had an unidentified condition which I kept to myself it was so terrifying. I mentioned it to a doctor once, about 30 years ago, he did some tests and said it all had to be in my head. And how often do us women hear about all that stuff in our heads? It was a wonder our poor old heads don't explode with all the mad internalized ravings and fantasies projected onto us by Demz Wot Knowz Better. (Post Partum Depression? In your head. Get a grip. You're a mother now. Stop being so selfish. Give your head a shake. Grow up. Classics from my ObGyn back in the day.)

Anyway my symptoms were a sudden onset of tiny flashing stars in front of my eyes which gradually expanded and then faded off into the periphery of my sight into nothingness. The episode was random and would last about fifteen minutes. I have a weird other worldly sensation in my head before an event starts. Nothing I did or ate would trigger an episode. I had years where they never happened. And years like this one where I've had three episodes already.

My dear friend Mary, now deceased, broached the topic of 'silent migraines' one night over dinner about twenty years ago. I asked her to describe them. And was astonished that they were exactly like mine. Silent migraines. No pain. And I can't imagine them with pain. It must be horrific.

So after these latest episodes, I did some research on the web, and lo and behold, found an actual website dedicated to this phenomenon, stars being just one manifestation of the condition. And they have nothing to do with the eyes, interestingly enough. Just a vein/artery in the head spasming.

It's always a relief to realize one is no longer alone.
Posted by Wisewebwoman at 10:43 AM