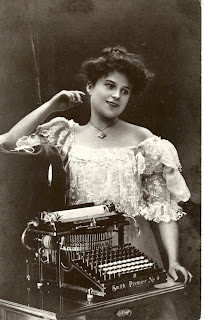 I got news today I was long-listed in a short story competition in Ireland. Something like 100 of us in the long list from submissions of around 2000. Stuff like this is a validation. A nudge from the universe to say:

We never fully believe in our own talents do we? What is wrong with saying:

"Yeah, I'm really good at this music-writing-painting biz, you wanna see it?"

I'm getting better at blowing my own horn. And what is wrong with that, pray tell?

I'll tell you what's wrong with it. It is the Catholic upbringing. VANITY was a sin. PRIDE was a sin. BOASTING was a sin. BRAGGING was a sin. PRIMPING was a sin. PREENING was a sin. One had to be HUMBLE with one's talents. As they all belonged to the ICH* anyway, who dealt them out carefully and usually to those MOST UNWORTHY of them. Proof of this unworthiness being one's VANITY. Circular thinking at its very finest.

I've been writing since I could read. Writing about everything. There was a long, long pause in there while I became an accountant and proceeded to earn a living with that and explore my nascent alcoholism which quenched my creativity and steamrollered me into semi-oblivion. I was out of touch with my innate artistry for nearly two decades. I never thought I was any good. And that was reinforced when I was younger.

Why would I want to waste my time writing when if I crunched numbers I could actually house and feed myself? Even though I was published as a teenager and winning major writing competitions. Misdirection much? Frustration with one's life's path can create many demons. And sometimes we don't live long enough to set aside the addictions and forge a new path.

I feel truly fortunate that my life took a positive turn some 25 years ago and I was able to slowly rediscover who I truly was.

And I honestly don't care about the Short List. The Long List is a huge big thrill.