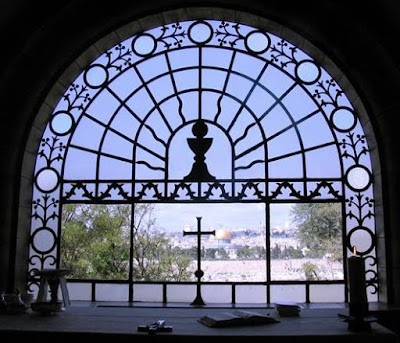 The Irish Child Abuse Commission Report, previously anticipated in my blog post here, is finally public and it is horrific. Tens of thousands of innocent Irish children tortured in state-sanctioned and inspected religious institutions. Tens of thousands.

I only read bits and pieces of it so far, between tears, between walking away and just trying to absorb the full extent of the little reading I've done on the atrocities committed by the Irish religious orders entrusted with the children in their care. The neediest of children, orphans, abandoned, ofspring of incestuous relationships, rapes, or just impoverished parents (widowers, widows, separated) putting them into care.

Apart from the sexual atrocities committed on these innocent children, some as young as 6, there was the brutality of their day-to-day life, often without the benefit of the education that was promised them at the outset, used as slaves in laundries, farms and residential shops. Along with being half-starved, they had to wear rough, itchy tweed clothes most times without benefit of underwear and were beaten savagely, often by more than one religious brother, on a daily basis. Just for the sin of being left-handed or a bedwetter.

He ...(Br X)... flogged me one time, I was working in the piggery. I used to be starving,
the pigs used to get the Brothers’ leftovers and one day there was lovely potatoes and I
took some and I took a turnip. Br ...X... caught me and he brought me up to the
dormitory, he let down my trousers and he lashed me. He always wore a leather,
around 18 inches ...(long)... and it was all stitched with wax, his leather was very thin. It
was about an inch and a half, others had leathers about 2 inches. He lashed me, he
flogged me.

Wetting the bed merited a punishment just shy of a hanging:

I was beaten stark naked for wetting the bed, 2 or 3 different people would beat me.
You would be called up after breakfast by Br ...X.... He was evil. He liked beating kids
naked, he would put your head between his legs ...(while he beat you)... for wetting the
bed, and more bed-wetting boys would be there as well ...(watching)... The night
watchman would get you up at night with a stick, every night. He would beat you out of
the bed. You’d have to bring the sheets up to be washed to the laundry and a bigger
boy would beat you with a stick there, he was the senior in the laundry

And the catalogue of injuries and atrocities continues:

Witnesses reported a catalogue of injuries to themselves and co-residents as a result of
physical abuse by religious and lay staff members in the 26 Schools reported to the Committee.
Two hundred and twenty four (224) reports were heard of injuries including: breaks to ribs,
noses, wrists, arms and legs, injuries to head, genitalia, back, mouth, eye, ear, hand, jaw, face
and kidney. Sixty four (64) witnesses reported being left unable to walk, sit, stand or lie down as
a result of those injuries. Other injuries included burns, dog bites, lacerations, broken teeth,
dislocated shoulders, injuries to the soles of feet, and burst chilblains. Chilblains were a
common ailment in the pre-1970s period and male witnesses reported experiencing severe pain
after being struck on hands and legs with chilblains. Witnesses reported that at times they were
beaten until their chilblains burst and bled.

There is more. Far, far more. For instance, there was minimum medical care and dental care was extraction by a nurse, often without benefit of anaesthetic.
It is all shocking and hard to stomach. I've only read bits and pieces as I've said. But this abusive mentality pervaded many religious institutions in Ireland right up to the eighties, often conscripting the older children in their care to abuse the younger ones.

Hopefully, with this floodlighting of the systemic problem there will be healing for the unfortunate victims. Retribution? Most perpetrators are probably dead. I know I personally, witnessed abuse. Mild compared to this report, but still abuse - belittling by nuns, favouritism, corporal punishment with sticks and belts.

And I salute the courage of all concerned in coming forward.

Is the Irish government finally separating the matters of church and state? I hope so.

And below (courtesy of the Irish Times) a picture of a dormitory (imagine a childhood spent in that stark unending room) at Artane, where much abuse took place. 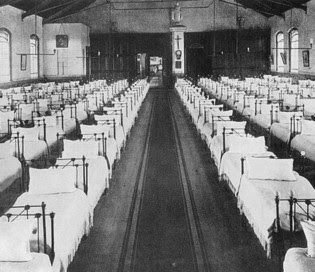 Posted by Wisewebwoman at 2:21 AM