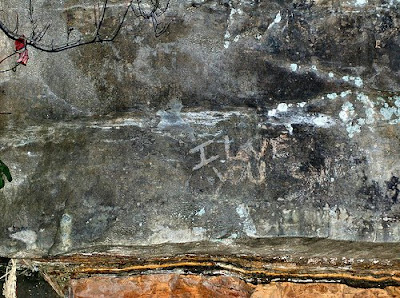 His name was Aidan and he was the youngest of five motherless boys. Their mother had died of cancer when he was only five, the eldest was twelve, the fourth boy was eight and the twins were ten. His father, who was an engineer by profession and of some means, hired one of those miraculous factotums that don’t exist anymore. The plain no-nonsense middle-aged single sister of a colleague who was looking for a ‘position’.

In those days in Ireland a ‘position’ was a status symbol for unattractive spinster women of an uncertain age. They’d move into a motherless household and raise the children, do all the housework and laundry, oversee the gardens and make sure Himself was well taken care of. In hindsight, I’ve often speculated that this might have included some bedroom duties. It probably did.

If the women were extraordinarily ‘lucky’, they would capture the heart of Himself and get to marry him, thus increasing their social status and in some cases the size of the brood. But also foregoing their monthly paycheque, of course. A poor bargain in my mind.

I would play with Aidan the odd time when we were around ten and eleven and our fathers would get together on business. Usually at Aidan’s house as it was large and afforded a study for manly meetings and from which children and females were completely banned. Our entire house would have fit into their kitchen, where the factotum ruled, with bags of room left over.

Aidan was blonde, tall and sensitive and read the “Katy” books which I had a passion for. We’d talk Katy to each other and Enid Blyton and “The Water Babies”. I remember that distinctly as none of the boys of my acquaintance would read such ‘bilge’ but were into the Dandy and Beano comics and fart jokes.

It came as no surprise when Aidan went off to be a priest at the tender age of seventeen.

But it came as a very big surprise when I was at a party one night a couple of years later and there he was in the flesh, still tall and blonde but very uncomfortable in the social setting. He was delighted to see me, hugged me fraternally and asked me for a date. All in the space of about four minutes.

We went to the Lee cinema on Washington Street which featured foreign films. A lot. We loved the (very much censored) European films. We would have coffee afterwards at The Old Bridge and he would hold my hand across the table and we would discuss what we’d seen. Intently. And then share our library books. Our physical transactions were very chaste. Even for that time. He would kiss me, embrace me and hold my hand walking along but there was something missing. Something big. No passion in the kiss, no ‘copping a feel’ as we called it then. He bought me interesting little gifts. A gold cross on a chain. A volume of poetry. Small black and white prints of Parisian scenes where we would go on our honeymoon. He assumed we would be married. And so did our fathers who were delighted at this turn of events - Aidan having been almost a ‘failed’ priest as it were, now mercifully salvaged by the love of a good young woman.

Aidan went off to England for work and wrote me extraordinarily passionate letters, full of poetry blazing brightly of his love for me. All the passion absent from our physical relationship was there in the letters and cards. They poured through the letterbox almost daily. I was at a complete loss. I did not feel such intensity for him. I began to date others and did not tell him. A part of me wished he would meet someone else. A part of me knew I would miss this intellectual and gentle meeting of the minds that we shared. But it wasn’t enough. I didn’t answer his letters after a while and I didn’t take his telephone calls. I refused to meet him again when he came back to Ireland expressly to see me. Out of guilt? Out of avoidance ? I don’t know. I was young.

Years later, married and in Canada, I saw his name – his last name was quite unique and so was his first in Canada then – as one of the leaders of the burgeoning gay rights movement in the early 70’s. All the pieces of our relationship fell into place. I was relieved. His number wasn’t in the Toronto telephone directory - I did look - and then, as he was no longer headlining any columns in the local newspapers, I forgot about him.

Until about five years ago when my daughter handed me the gift of a book of Emily Dickinson poems. I had one of those crystal moments where I could hear Aidan’s voice reading them aloud to me as we trudged over green pastures and sat on old stone walls on endless spring Saturdays.

I set about tracking him down. I felt an enormous need to speak to Aidan, to apologise for my treatment of him, and tell him I understood. And express the hope that maybe now we could be true kindred spirits.

I had a friend contact one of his brother twins who happens to be a big wig in Dublin. She forwarded me a copy of his email.

“E,” he wrote my friend, “ I’m sorry to have to tell you this, but Aidan passed away from AIDS complications in Singapore last month.”

I’m still finding it hard to stop searching for him.
Posted by Wisewebwoman at 1:46 PM