I is for Ice 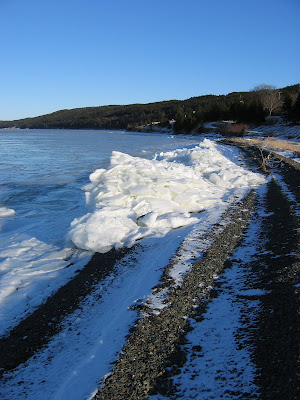 I'll give you ice! And bear in mind these are only a few ice words selected from the Dictionary of Newfoundland English. Ice was a way of life here but now, with climate change and PETA, less so. The following are a few selected words:

And my favourite kind of ice? The slab-ice that forms on the shore like piled up paving stones. These are called Bella Carters. A word that still enchants me. I wrote it about it here.
Posted by Wisewebwoman at 2:00 AM