N is for Nipper 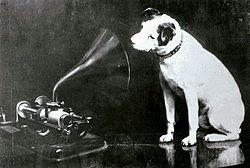 Oh, I'm familiar with the nipper alright. I'm the type of person at a campfire who's the primary target. I wind up huddled under a blanket, my face hidden, only to find myself discarding it a few minutes later to run madly about flapping my arms quite uselessly. Those nippers are relentless when it comes to my blood and squeeze their way under blankets and protective gear as if I were the long sought after crème brûlée on their dessert menu.

When I heard the word here in Newfoundland for the first time I was puzzled. Growing up in Ireland 'nipper' meant a young lad, an active young lad:

“Fine young nipper you got there, Mrs. Murphy!” and the mother would beam in pride.

“You better watch out for those nippers,” Leo warned me many springs ago, “They can do a lot of damage to you!”

I had visions of marauding young lads bashing me around with sticks.

But no, here they are a cross between a black fly and a mosquito and boy can they bite. And leave swollen reminders all over the body.

(PS and for us oldtimers: what was the name of the dog featured in the logo for the HMV company?)

And here is the definition:

nipper1 n
1 A large biting mosquito; GARNIPPER: gallynipper.
[(1663) 1963 YONGE 60 In July, the muscetos (a little biting fly) and garnippers (a larger one) will much vex us.] [1819] 1978 Beothuk Vocabularies 46 Nipper—bebadrook. 1854 [FEILD] 70 The title or name [Nipper's Harbour] is rather an alarming one, particularly to thin skinned Southerners, as the Nipper is the largest and most formidable of the mosquitoes. 1861 Harper's xxii, 744 Mercy! who ever saw the flies and nippers so bad as they! 1893 Trade Review Christmas No 14 The operator in charge waged a daily and [nightly] war against insect life, viz.:—black flies, [mosquitoes], nippers, horse and sand flies. 1913 THOMAS 191 All day long the black flies made our lives miserable, and as night approached the 'nippers' took their place. [1926] 1933 GREENLEAF (ed) 251 "Change Islands Song": The weather still got hotter, plenty nippers, flies and stout. T 45/6-64 [tall tale] Nippers was that thick that they come and used to drive their thorns down through the bark-pot. According as they drove them down, he used to clench them, and by and by they got that thick on it that they rose the bark-pot and went away with it. C 68-23 We didn't want [the frog] to die because we were told that frogs used to eat nippers (mosquitoes) and we didn't want to hurt anything that helped to destroy the nippers. 1973 PINSENT 56 All Ruth could seem to do was point to the door, which made about as much impression as a nipper's bite on an elephant's arse.
2 In various ball games, the catcher.
M 69-2 The millyer and the nipper were similar to what is today the pitcher and the catcher.

Today's post brought to you by the letter N from The Dictionary of Newfoundland English in partnership with the rest of the alphabet beginning here.
Posted by Wisewebwoman at 3:00 AM